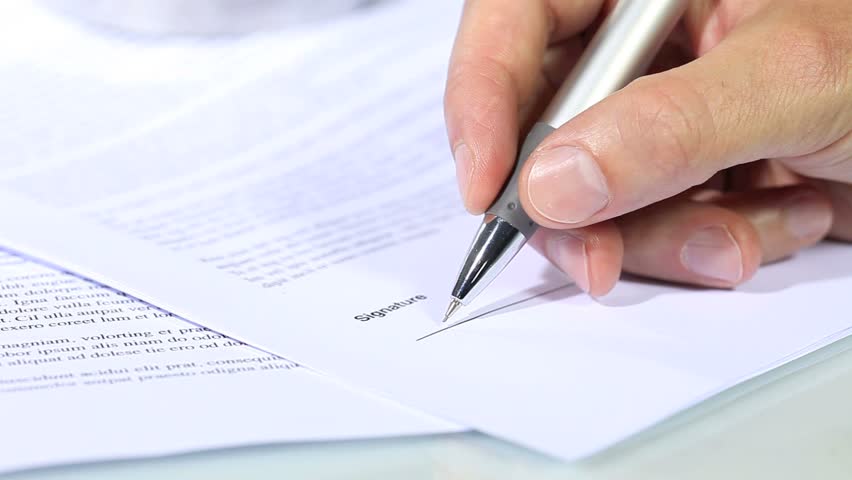 In order for a contract to be valid, it needs to fulfill certain requirements. Firstly, the parties entering into the contract need to have the capacity to do so. Secondly, there needs to be a meeting of the minds on the terms of the contract (consensus). The contract needs to adhere to certain formalities (in so far as they are applicable), satisfy the threshold of legality, and its contents need to be possible to perform. Lastly, and importantly for the purposes of this article, there needs to be certainty in respect of the material terms of the contract.[1]

In a written contract, a lack of certainty in regard to the material terms will result in the contract being declared void for vagueness. For example, this was the case in Patel v Adam[2], where there was a sale of immovable property in instalments. While the purchase price of the property was specified, neither the time period for the repayment nor the monthly instalments were stated in the contract. As such, the contract lacked certainty and could not be enforced.

When concluding an agreement, one needs to be weary of the distinction made in law between agreements to agree and agreements to negotiate in good faith. Agreements to agree have been known to arise in leases whereby the parties insert a clause which gives the tenant an option to renew the lease subject to certain terms, such as the rental amount, being negotiated and subsequently agreed upon within a certain time period. But what happens if the parties cannot agree on the terms? This can result in a deadlock between the two parties, which may cause the entire contract to collapse. In the recent case of Violetshelf Investments (Pty) Ltd v Vinesh Chetty[3], Mr Chetty was given an option to renew his lease for a further period “provided that the parties agree in writing to the rental, conditions and provisions of the proposed lease at least three months before such expiry date.”[4] Mr Chetty did not timeously notify Violetshelf of his intention to extend the lease and as such the contract expired by the effluxion of time. The court took the view that the offer to extend the lease was in any case “not definite and complete and [would] not on acceptance effect a renewal or extension of the lease”[5]. This case yet again confirmed the bedrock principle of our law: agreements to agree are not enforceable[6]. As the lease had expired, it could not be extended or renewed on its own terms. The judge was not called upon to provide a view on the consequence of the fulfilment of this defective term. However, it is the opinion of the writer that even if Mr Chetty had communicated his intention to renew the lease with Violetshelf at least three months prior to the expiry of the lease, the abovementioned clause would still not be enforceable due to a lack of certainty.

A mere ‘agreement to agree’ is problematic in law as it does not specify the particularity of the what, the how and the when of the agreement. Agreements to negotiate in good faith, on the other hand, can fulfil the requirement of certainty if the terms which need to be negotiated are sufficiently clear and certain. However, an agreement to negotiate in good faith is subject to the general rule, that “an agreement that the parties will negotiate to conclude another agreement is not enforceable because of the absolute discretion vested in the parties to agree or disagree”.[7]

In dealing with the first class of agreement: “An agreement lacking material particulars or couched in imprecise language is not void for vagueness if it incorporates a standard or method by which the omitted details may be determined or the uncertainty resolved without further agreement between the parties.”[8] What is being alluded to is a deadlock breaking mechanism which stipulates what is to be done in the event that the parties fail to agree. As explained above, an agreement to agree is void for vagueness. The exception to this is if there is a deadlock breaking mechanism. For example, the parties can agree to agree, if there is a proviso which allows for an appointed third party, such as an arbitrator, to assist in breaking the deadlock should the parties be unable to reach a consensus on certain terms. This mechanism rescues the contract from being rendered void for vagueness where two willing parties cannot reach an agreement on an aspect of the contract.

This mechanism is also the lifeline which can save an agreement to negotiate in good faith. This is particularly useful where the parties merely need to settle subsidiary terms by “putting the flesh onto the bones of a contract already concluded by the parties”[9]. However, the court in Indwe Aviation v Petroleum Oil and Gas Corporation of SA (No 1)[10] found that a deadlock-breaking mechanism is not an absolute requirement in all agreements to negotiate. Petroleum Oil and Gas Corporation, in breach of a preliminary agreement to negotiate, was in bad faith negotiating with a third party. Blignault J took the view that the “absence of an agreed reference of a dispute to an arbitrator” (i.e. deadlock-breaking mechanism) is not fatal to the enforceability of the contract because a court is just as competent as an arbitrator to apply “standards such as reasonableness and good faith to the conduct of the negotiating parties”.[11] However, the court in this case relied heavily on the constitutional principle of fairness and equity and therefore did not find it necessary for there to be a deadlock breaking mechanism in order for the agreement to be enforceable. As such, the approach of Indwe Aviation should be applied with caution, and only in cases of bad faith negotiations.

In light of this, one needs to be vigilant when perusing contracts which may appear certain and enforceable, but which cannot be upheld in a court of law. In order to avoid the situation where the court is forced to rely on the surrounding circumstances or the standard of reasonableness, it is strongly advised to rather couple the contract’s agreement to agree or an agreement to negotiate in good faith, with a deadlock-breaking mechanism.